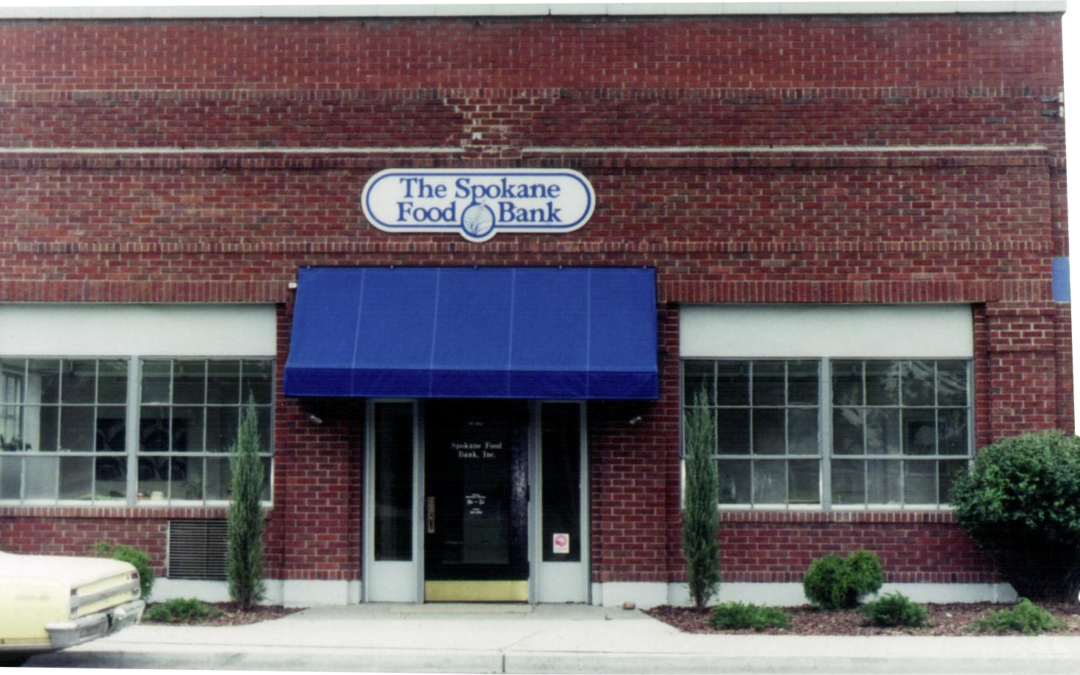 Although food security has become emblematic of a caring community, Second Harvest. propelled by three decades of remarkable growth, has completed its first half-century by exceeding its own expectations with creative ways to feed hungry people.

This year marks Second Harvest’s 50th anniversary of getting food to where it’s needed most in the Inland Northwest. Fueled by more than 15,000 donors, a wonderful mix of corporate, governmental and local partnerships, and assisted by more than 8,000 volunteers annually, Second Harvest serves as the food bank for neighborhood food banks, standing tall alongside other social service providers in the region.

As the hub for charitable food distribution in the Inland Northwest, Second Harvest collects donated food supplies, provides storage and processing, stocks up neighborhood food pantries and meal programs, and operates its own Mobile Market free food distributions in towns throughout the region. Its trucks carry food to all 21 Eastern Washington counties plus five in the North Idaho Panhandle.

Led by its fifth CEO, Jason Clark, who came on board in October 2002, Second Harvest has rallied a community of generosity behind its hunger-relief mission. Since 1997, a second hunger solution center in the Tri-Cities has helped Second Harvest do more to serve the Columbia Basin and Yakima Valley. A wide range of generous donors came together a decade ago to help build a new Tri-Cities warehouse in Pasco and strengthen Second Harvest’s presence in the southeast corner of the state.

Clark’s guiding principal speaks volumes for himself and his staff. “If hunger is not acceptable, what are we going to do about it?” he said. “Find the need, find the people and feed them. We’ve always tried to meet the need. That is what has driven us to find as many resources as possible.”

Clark makes it equally clear that Second Harvest’s success rests on the generosity and support of its donors, benefactors and a wide range of corporate, governmental and agricultural partners. Those include most regional grocery chains, whose participation in the Grocery Rescue program provided nearly 20 million pounds during the pandemic. Gebbers Farms, a major producer of apples and cherries, heads a list of generous growers. Congresswoman Cathy McMorris Rodgers, Gov. Jay Inslee’s team and County Commissioner Mary Kuney have supported access to federal, state and local programs. The Washington National Guard stepped forward in a big way to provide essential labor last year when need skyrocketed during the pandemic.

Second Harvest was not always a behemoth, however. It began quite modestly as The Food Bank. Kathryn (Kay) Porta, a Department of Social and Health Services child welfare provider, was asked to bring people together to develop a response to hunger in 1971. A few churches and nonprofits offered food programs, but as need increased, potential clients, lacking a focal point, often didn’t know where to turn. Porta recruited volunteers who formed what’s known today as Second Harvest.

Not long after their first meeting, the state’s Department of Fisheries provided more than 1,000 cases of canned salmon. The Greater Spokane Council of Churches launched an appeal that became the inaugural food drive. Then the city provided rent-free space in the downtown area’s historic Holley-Mason Building.

By 1979, Donna Donahue had become the first full-time paid executive and there were more than a dozen regular distribution sites. The Food Bank joined Neighbors in Need, a statewide coalition, and formed growing relationships with government programs designed to help people in need. It officially became Spokane Food Bank in 1981.

When the city sold Holley-Mason, operations shifted to a former railroad warehouse just west of the county health building. But needs continued to grow and, by fall 1982, 12,000 people sought federal commodities with lines sometimes stretching for blocks. After grocery stores supported the first major holiday drive, Claire Bishop, the second director, supervised a 1984 move to a warehouse with badly needed refrigeration on West Maxwell Avenue and arranged a lasting relationship with the Second Harvest National Food Bank Network.

By 1988, fully certified with the national network, gaining access to national food sources and funding, but straining to keep pace with need, Spokane Food Bank migrated to a 35,000-square-foot space in its present warehouse footprint on East Front Avenue. With that, and the addition of a commercial cooler and freezer, a repackaging room and offices, it gained critical mass.

Al Brislain, food bank veteran from Northern California, became the CEO in 1991. The next year, Spokane’s Tom Foley, Speaker of the U.S. House of Representatives, orchestrated a $500,000 HUD grant that launched a successful building campaign to expand its space. By the time Spokane Food Bank celebrated its 25th anniversary in 1996, it had, in the previous five years, distributed as much food as it had in its first 15.

Needing even more food and the funds to distribute it, the food bank began sprouting innovative programs like spring bulbs.

In 1993, the first Letter Carriers Food Drive collected almost 80,000 pounds of food. The next year marked the debut of Taking a Bite out of Hunger, the food and beverage tasting and auction that became the organization’s top fundraising event. Tom’s Turkey Drive, KREM-TV’s award-winning Thanksgiving food drive, brought Spokane together for the first time in 1995 to give families in need a reason to give thanks.

On April 1, 2000, Spokane Food Bank became Second Harvest Inland Northwest. Later that year, America’s Second Harvest, which would eventually change its own name to Feeding America, recognized its Spokane affiliate as national Food Bank of the Year and honored two-time board president Gary Singer as Board Member of the Year.

With a service area that goes far beyond the limits of Spokane, Benton and Franklin counties, Second Harvest has developed new and innovative solutions for getting food to families, children and seniors facing hunger in the last miles of the Inland Northwest

Second Harvest’s mobile food distribution program was launched in 2006 in partnership with Thrivent Financial for Lutherans to get more food—especially fresh produce—to families in remote or rural communities. Today, an expanded Mobile Market program uses two dedicated trucks and a bus—along with hundreds of volunteers—to get food to people in need where they’re at.

Bite2Go, Second Harvest’s version of a backpack program that gets weekend food supplies to schoolchildren in need, started in 2014 with a handful of schools in Spokane, later expanded to Tri-Cities and is now poised for growth in the mostly rural counties it serves.

Two years ago, generous supporters got behind Second Harvest’s Feeding Kids First campaign. In spite of delays related to the COVID-19 pandemic, a warehouse across from Second Harvest’s Spokane distribution center was transformed into the Wolff Family Child Hunger Solution Center. The new facility will allow Second Harvest’s flagship Bite2Go child hunger program, which has been feeding 5,000 kids in more than 100 schools, to become a regional program able to meet estimated need of 19,000 children and teens.

By the way, using Feeding America’s standard of one meal for every 1.2 pounds, the 540 million pounds that Second Harvest has distributed translates to 432 million meals. Think of it. That amounts to more than 800 meals for every person in Spokane County.

Today, Second Harvest honors its founder, the architect of its donor-driven model, with the Kay Porta Legacy Society, which recognizes gifts from wills, estates and trusts. Porta passed away of natural causes at age 96 in April 2020.

Jim Price is a retired writer for The Spokesman-Review. His wife, the late Ann Price, served Second Harvest, leading fundraising and community relations, for many years. Jim and Ann are charter members of the Kay Porta Legacy Society.